How Muaz and Mana, Areesha and Ali will meet, The love lane Love Tale part 3 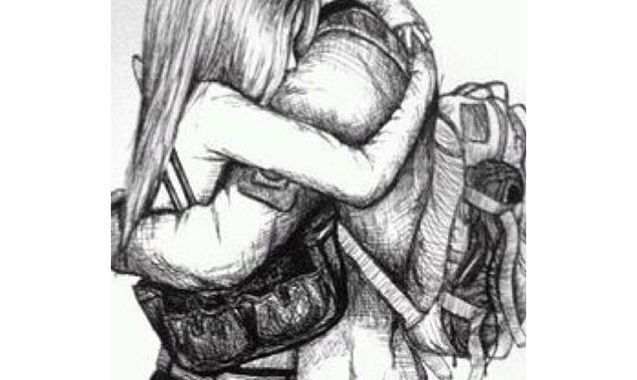 How Muaz and Mana, Areesha and Ali will meet, The love lane Love Tale part 3

The novel is about love story and friendship between Maana, Muaz, Areesha, Ali, Shanzay and Haseeb.

Muaz and Ali are friends and soldier their love-friendship bond is exemplary. Muaz secretly likes Ali’s sister Maana. He loves Ali’s sister. Ali likes his friend Areesha but he doesn’t want to marry her. Ali is a party type person who has only interest in love friendship and temporary relationship instead of marriage. Areesha is now breaking up with Ali and accepting proposal of Haseeb.

Muaz is now contacting Maana as his feelings are now out of control.

Areesha About her love story with Captain Ali

Areesha: My free attitude will make Captain Ali more casual with me, I want to end this useless romance and love story which seems to have no conclusion. (Ali and Areesha spent nights and hours calling on phone.) His friendship is good but useless for me now. His sister Maana is also very modern. They hardly believe in the institution of marriage. Their parents are modern, they don’t belong to our class. I regret the days I spent with Ali. (Areesha was telling this all to her friend, her parents were also looking for a proposal for her, Areesha knew she is finding justifications to leave Ali)

Areesha was a good girl. She gave her quality time to Captain Ali’s friendship, not just because she wanted to marry him but she was really invested in his love and friendship, later on , after seeing Ali’s attitude she got changed. Areesha was happily changed now and was looking forward towards a better companionship . It was her life and not a love story.

Yesterday, Areesha received Captain Ali’s text, it seemed that he desperately wanted to meet Areesha but she didn’t give much attention to his texts. It was painful for her but it was the need of the hour. It was the right time to end that love story which was being purposely exploited by Ali. For Ali friendship with Areesha was everything but making legal relationship was nothing. Areesha rightly gauged her future with Captain Ali. ( Areesha was not happy inside, she used to read Ali’s WhatsApp chats with teary eyes, she used to cry after remembering him but breakup was need of hour )

On the other hand, Ali was quite optimistic about Areesha, he could never think that Areesha is going to give up on him in this life. Ali was a “Happy Go Lucky” kind of person who used to think that there are no social pressures and he’s free to keep any kind of relationship like romance, for Ali life was more like a film or love story . Ali never thought about real love and getting married in life.

Captain Muaz : How about your new aunty who met you in store.

Captain Ali: I didn’t contact her after that , we are on vacation in Abbottabad and I want to enjoy this peaceful time with my thoughts. I am always thinking about my delicate and beautiful friend Areesha, aah the beautiful scent of her hair !! ,her friendship has been a blessing for me. ( Poor Ali didn’t realize his deep feeling about Areesha, neither he was aware of Areesha’s decision of leaving him ) .

Captain Muaz: And when are you going back home? We have a few free days.

Captain Ali: Yes I have plans to go home and meet my beautiful friend. ( for the past many days Ali was just scrolling Areesha’s pictures on phone, which Muaz was observing )

Captain Muaz: Hahaha, You are simply in love with that girl and not accepting it dude . You should talk to her about marriage, it’s not just a simple friendship.

Captain Ali: Rubbish, it’s not like that, we are just good friends. You think we have indulged in a love story sort of romance.

Captain Muaz : I am giving some good advice to you.

Captain Ali : okay Sir will act upon your advice.

Today Captain Muaz stalked Maana for around an hour on Instagram, finally, he sent her a message. He wasn’t on Instagram but had to make one for stalking purpose.

He sent a message to Maana, which she didn’t see. Captain Muaz wasn’t with his real name on Instagram.

Maana wasn’t an ordinary girl she was a firecracker and was the youngest spoiled brat at home. Muaz on the other hand was a very simple, obedient, and shy person.

Well who sent me this message? let’s check it out!!

Maana clicked into his profile but didn’t get a close picture of the person who bugged her on Instagram.

wow, this guy seems to be a soldier but why can’t I see his face, Mana talked to herself.

Nowadays, Maana was busy in her studies , she was doing a masters in Fine arts from NCA Lahore. She wanted to look for a handsome guy whom she could love, embrace and endorse. She was fed up with her class fellows and cousins and that is why she was looking around and reading all the silly messages on Instagram. This was the one message she liked.

What is your name?

Captain Muaz and Captain Ali were out with friends Captain Muaz didn’t even check the phone, although he was waiting for Maana’s reply . Captain Muaz was feeling bad inside. He should have talked to Ali instead of sending messages to Maana. His intentions were good, he could talk to Captain Ali about his interest in Maana . He was in love with Maana for about a year. Now it was getting out of his hands. Captain Ali also used to talk about his sister which Captain Muaz used to listen religiously. He truly didn’t know about the end result of his love affair and romance.

Maana was a party-type girl, she had a perfect life with friends. Yes, she didn’t want an ordinary guy to be with her as boyfriend or husband. Maana also had a mentality like Ali, she wanted everything perfect around her .

All she wanted was to have a classy and graceful boyfriend.Now a days, Maana used to hang out with her friend Sami, who was a good guy. Maana was looking for a boyfriend because she thought that it’s high time to be with the one special, with whom one develops the feelings of love and ownership. Regular friends and class fellows were just a healthy company.

Finally, Captain Muaz saw Maana’s reply when he was hanging out with Captain Ali in Abbottabad.

Captain Muaz hid his phone from Captain Ali, he started replying as well. Captain Ali was noticing his actions as he was an old player of this love game .

Captain Muaz replied, “Well, I am Ahmad and I serve in Government ” ( Captain Muaz told his second name deliberately ).

Maana asked, ” Oh , which department are you in?

I am associated with intelligence and can’t give you further details, wrote Captain Muaz.

So where are you from?
( Maana didn’t want to stop the conversation , she didn’t know why was she doing that)

I am from Lahore, Captain Muaz replied.

( yes yes, Maana was feeling joyous on knowing about his city )

Is there any possibility if we can talk more often? , texted Captain Muaz.

I will see, now a days I am busy with my exams, Maana’s reply seemed to be a typical girl’s excuse.

Sure, I am also away, Captain Muaz said.

Captain Ali: Hey mate where are you lost, I’m noticing you for longer period.

Captain Muaz : I’m here, what to eat and where to go?

Captain Ali: Have marked some really beautiful places to visit, the food will be decided as per cravings, done?

( Muaz was too happy, he started thinking to talk on call with Maana )

It’s not that Muaz never got friends, When he was in school and college he had tons of friends but he never liked any girl.

( Why friendship is more important in life – Episode 3)

Friends if you read please do give your genuine response, reading and responding means you will grow me as a writer. Please do write a few words in comment section.