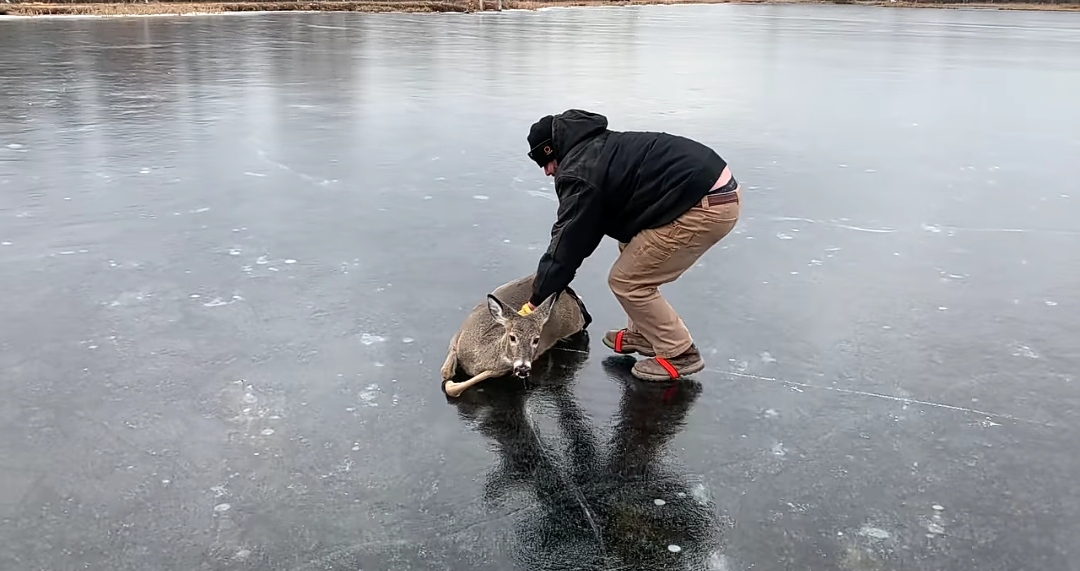 A Canadian Citizen saves innocent deer in Canada from freezing. He dragged the deer to the ground from the freezing lake.

An innocent deer was trapped in an icy lake in the Canadian city of Ontario was rescued by a citizen in time.

According to a video shared on YouTube, which also went viral on the Internet, a deer was trapped in an icy lake called Wood in Kenora on December 3 and was rescued by a citizen.

When the video was shared on a social networking site, users praised the rescuer, calling him compassionate and brave.

Yesterday, a citizen named Lancer said that he was on his way home on Tuesday when he saw a deer sitting in the snow. Deer was trembling badly and did not dare to walk. “I stopped to watch the scene and immediately got out of the car and decided to save the deer,” Lancer said.

He said, ” it was so Frozen that he wasn’t being pulled so I dragged him towards the ground and it went successful”.

Netizens are appreciating the efforts of Lancer for saving deer.